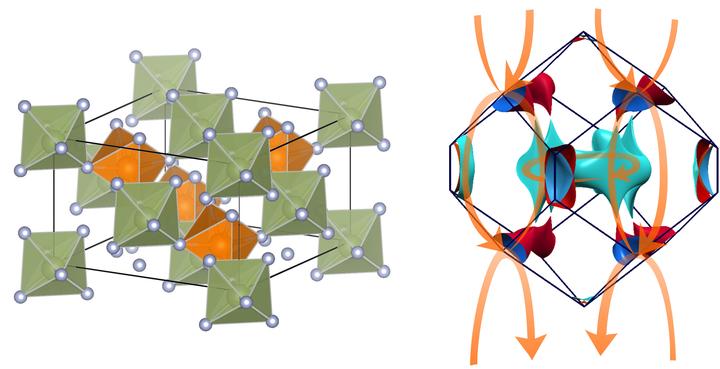 The band theory of solids is arguably the most successful theory of condensed-matter physics, providing a description of the electronic energy levels in various materials. Electronic wavefunctions obtained from the band theory enable a topological characterization of metals for which the electronic spectrum may host robust, topologically protected, fermionic quasiparticles. Many of these quasiparticles are analogues of the elementary particles of the Standard Model, but others do not have a counterpart in relativistic high-energy theories. A complete list of possible quasiparticles in solids is lacking, even in the non-interacting case. Here we describe the possible existence of a hitherto unrecognized type of fermionic excitation in metals. This excitation forms a nodal chain—a chain of connected loops in momentum space—along which conduction and valence bands touch. We prove that the nodal chain is topologically distinct from previously reported excitations. We discuss the symmetry requirements for the appearance of this excitation and predict that it is realized in an existing material, iridium tetrafluoride (IrF4), as well as in other compounds of this class of materials. Using IrF4 as an example, we provide a discussion of the topological surface states associated with the nodal chain. We argue that the presence of the nodal-chain fermions will result in anomalous magnetotransport properties, distinct from those of materials exhibiting previously known excitations.