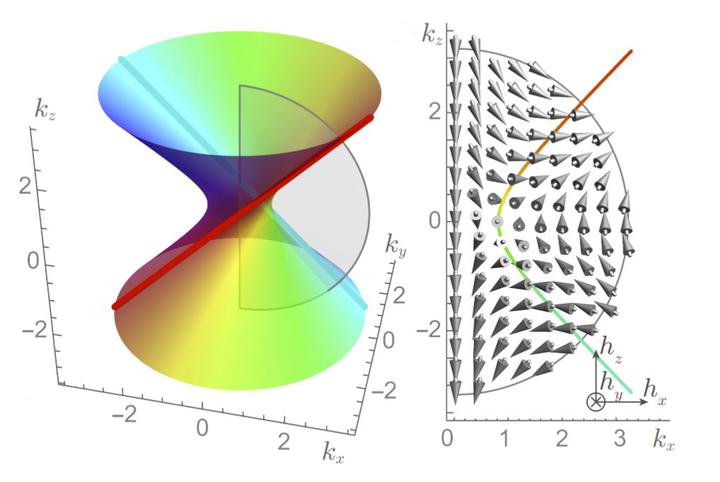 Pontrjagin’s seminal topological classification of two-band Hamiltonians in three momentum dimensions is hereby enriched with the inclusion of a crystallographic rotational symmetry. The enrichment is attributed to a new topological invariant which quantifies a 2π-quantized change in the Berry-Zak phase between a pair of rotation-invariant lines in the bulk, three-dimensional Brillouin zone; because this change is reversed on the complementary section of the Brillouin zone, we refer to this new invariant as a returning Thouless pump (RTP). We find that the RTP is associated to anomalous values for the angular momentum of surface states, which guarantees metallic in-gap states for open boundary condition with sharply terminated hoppings; more generally for arbitrarily terminated hoppings, surface states are characterized by Berry-Zak phases that are quantized to a rational multiple of 2π. The RTP adds to the family of topological invariants (the Hopf and Chern numbers) that are known to classify two-band Hamiltonians in Wigner-Dyson symmetry class A. Of these, the RTP and Hopf invariants are delicate, meaning that they can be trivialized by adding a particular trivial band to either the valence or the conduction subspace. Not all trivial band additions will nullify the RTP invariant, which allows its generalization beyond two-band Hamiltonians to arbitrarily many bands; such generalization is a hallmark of symmetry-protected delicate topology.